HOTEL STEFANIE AND THE FIRST COFFEEHOUSE IN DORF TYROL

There is a lot of history in our hotel. A history that we would like to share with you. Did you know that at Hotel Stefanie the first coffeehouse of Dorf Tirol was born? That was on 10 April 1967, when Johann and Stefanie Geier opened their hotel with 15 beds and at the same time their own in-house café.

Since that time the garden was already a popular meeting place for guests – a quiet place with a wonderful view over the villages, mountains and nature.

In 1976 Johann – Hans – took over the house from his parents. Since then, he and his wife Margit have run the Hotel Stefanie with great passion and have immediately extended and renovated the dining room, kitchen and cellar. In 1982 the rooms were rebuilt and modernized, in 1997 more rooms were added. In 2005 our underground car park was built and in 2013 the house was extended again. 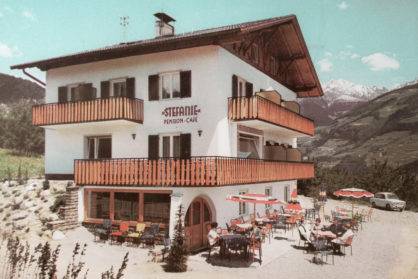 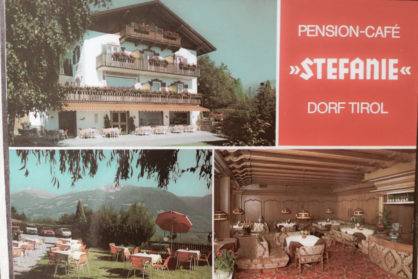 Today three generations live at Hotel Stefanie and together they look after the well-being of our hotel guests.

Margit, the good soul of the house. Hans, who likes to give you hiking tips and spends some sociable evening with you. Peter, who welcomes you at the bar in the evening and works as a goldsmith in his own jewellery studio in the centre of Dorf Tirol during the day. And his partner Sylvia, your contact person, who takes care of all your needs and wishes. Not to forget of course the two children Johann and Miriam. 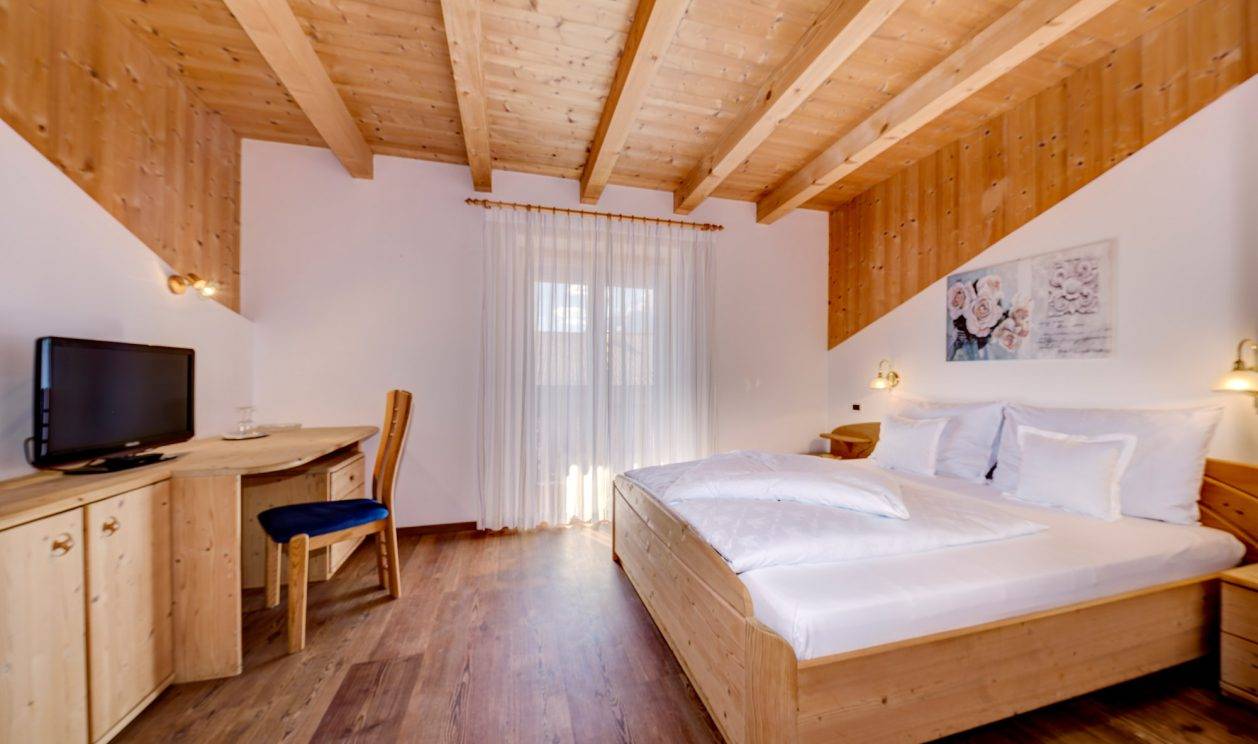 COMFORTABLE AND QUIET ROOMS IN DORF TIROL NEAR MERAN

Awakened by the morning sun, the first view wanders out of the window: over the vastness of the Etschtal Valley to the surrounding mountains.

Our rooms are comfortably furnished and particularly quiet. After a restful night and a strengthening breakfast, the surroundings around Dorf Tirol are waiting to be discovered.

FIND ROOMS
We use cookies to offer the best possible user experience on our website. We also use third-party cookies, to deliver personalised advertisement messages. By using our website you agree, that cookies can be saved on your device. Further information on the cookies used and on how to disable them can be found here.
OK INFO